Manresa Castle has a long history of hauntings and paranormal activity. Charles and Kate Eisenbeis the original owners completed construction of the Castle in 1892. Charles being a prominent businessman in Port Townsend lived in the Castle until he died in 1902. Kate remarried shortly after and moved out of the Castle. Over the years Manresa Castle has been owned and occupied as a vacation spot for nuns and a Jesuit training facility for monks in 1927. Currently Manresa Castle is operated as a hotel where you can enjoy the rich history a friendly staff and maybe a ghostly encounter. Please be sure and visit their website for more information about visiting and staying at  Manresa Castle.

Our Investigation: Over the duration of the evening we had a chance to investigate several hotspots starting with the hallways around room 306 which has reportedly been a frequent location for EVP's and apparitions. While we captured nothing of note there we did capture a couple of class b EVP's in room 202 as well as the door opening on it's own several times.  Moving our investigation into the basement dining room also known for disembodied voices and objects moving. We used our full spectrum camera and did several EVP sessions with some success. Capturing a female voice shortly after high EMF spikes. Moving our investigation into the study across from the hotel lobby also captured a class a EVP of a man stating "You're Insane" (I'll post that shortly to the site). The hotel was full for Halloween night so we'll have to do a followup investigation when there aren't so many living people wandering the halls!

Thanks to the staff at Manresa Castle for hosting a great evening of fun!​  Please feel free to share your comments about your experience at our  Manresa Castle Blog! 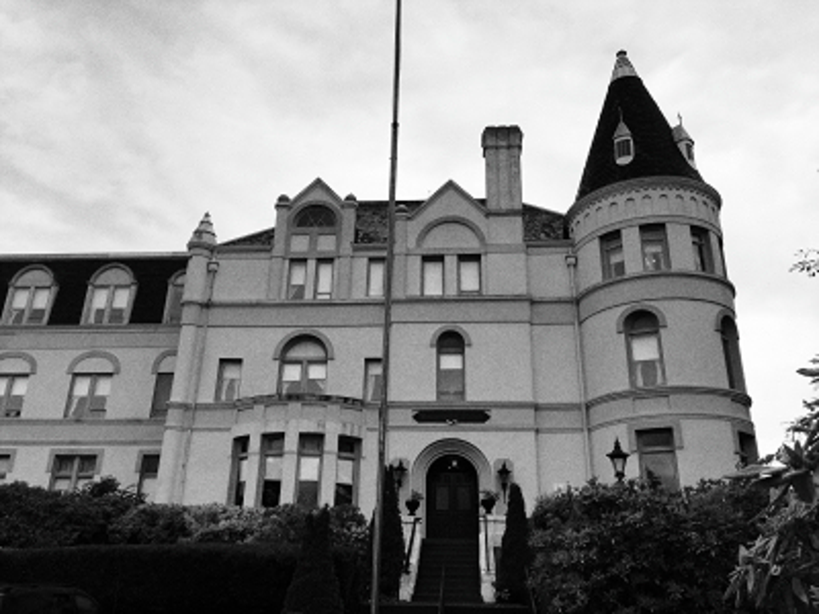 While on our tour of Port Townsend paranormal hotspots we had the opportunity to stay at the Palace Hotel. The Palace hotel built in 1889 by Capt. Henry L. Tibbals has had many incarnations over the years from saloons, new paper offices, retail establishments and apartments.

One of it's most notable periods was from 1925-1933 when it was operated as a Brothel called The Palace of Sweets. Each one of the room belonged to one of the girls and to this day retain their names on the doors. The current Palace Hotel was opened in 1984 after a very loving restoration  of the building was completed.

Throughout the years there has been reports of disembodied voices, orbs in room 4, and an apparition of a lady in blue who's painting can be seen at the top of the main stair case. The hotel maintains a guest log that contains stories from previous guest as far back as 1984. While paranormal activity does occur it all seems to be friendly in nature. Sounds of party goers from long past times and friendly yet naughty ghosts who like to keep an eye on all activity in their hotel.

We have stayed there several times and have collected EVP's and some visual anomalies but never once had a frightening experience. In fact it's one of our favorite places to stay. Any paranormal activity just seems to add to the charm of this Victorian era hotel.

Make sure you stop by next time you're in town! Check in with the front desk and ask if they can give you a tour.

Be sure to check out the N.A.P.S. Facebook page for more paranormal adventures! 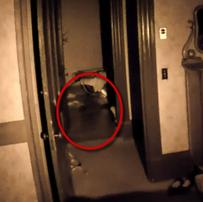 At one point housing more than 2,700 patients, the hospital was pioneering new techniques to treat the mentally ill. While successfully treating many there were several tragic deaths over the years as the staff and patients struggled all manners of mental illness.

The main hospital where most of the paranormal activity has been reported is off-limits, as it is still being used as part of a youth job corp program. Many of the stories there revolve around disembodied voices, objects moving, shadow figures and orbs.

The hospital was completely self sustained and included a 700 acre farm and dairy. Patients were allowed to visit and work the farm as part of their rehabilitation. The farm facility is owned by Skagit county and open to the public from dusk till dawn. Activity has been reported in several of the 10 plus buildings still standing.  Similar to the main hospital disembodied voices along with orbs and shadow figures have been experienced by some.

Our Investigation:  Our investigation focused on reported activity using a variety of techniques from capturingEVP'sto full spectrum video and photography.Starting around 7PM local time until midnight, our team canvased the entire property looking to capture any evidence of the paranormal.

While this particular evening was pretty calm several of the team members experienced localized cold spots in a couple of the main buildings. Temperatures were noticeably colder around certain investigators in a small room which appeared to have once been an electrical junction.  One theory is that cold spots can manifest as a result of a spirit using the local energy to communicate. The EMF meter did go off during one of the temperature drops, however we did not capture any EVP’sduring these occurrences.

Other EVP sessions throughout the night proved to be fairly inconclusive, however there were a couple of unexplained EVP’scaptured.

The investigation was a great experience and the weather was spectacular from sunset to moonrise. Rumor has it that the state is working with the county to open up more of the main hospital grounds to the public in the near future. If that happens you can bet we’ll be there to check it out!

If you are interested in investigating this facility past posted hours, please contactSkagit County Park Serviceto apply for a permit. 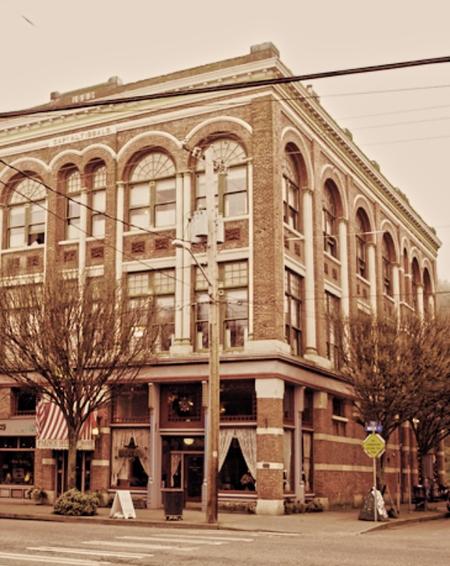 Kinzie Battery has so many great spots to film and photograph including this rusty metal blast door attached to one of the munitions bunkers. 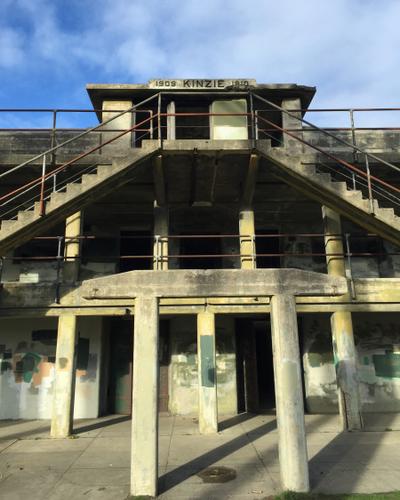 On our Port Townsend trip for the Manresa Castle investigation we unexpectedly ran across the decommissioned Kinzie Gun Battery. ​This station is part of Fort Worden which itself has a long history of paranormal activity.

We had a chance to quickly explore Kinzie Battery which now stands as an ominous dark relic of a time long past.  The dark hallways and concrete blast proof rooms left us with a creepy feeling of not being alone! We'll have to make time to do a proper investigation on a follow up trip.

Here are a couple links about  Kinzie Battery  and  Fort Worden.​​ 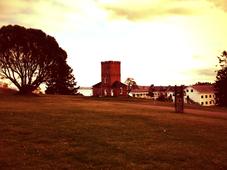 Room 9a - Miss Rose: Dark mass captured on full spectrum video. Center frame in the hallway looking towards the bathroom. 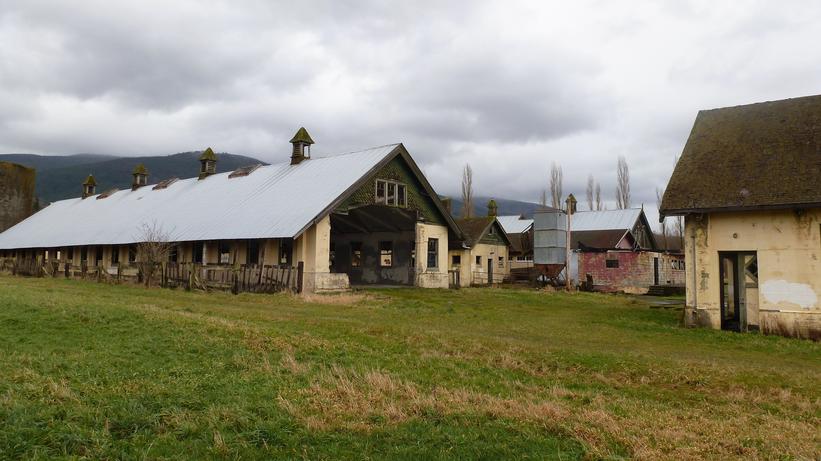